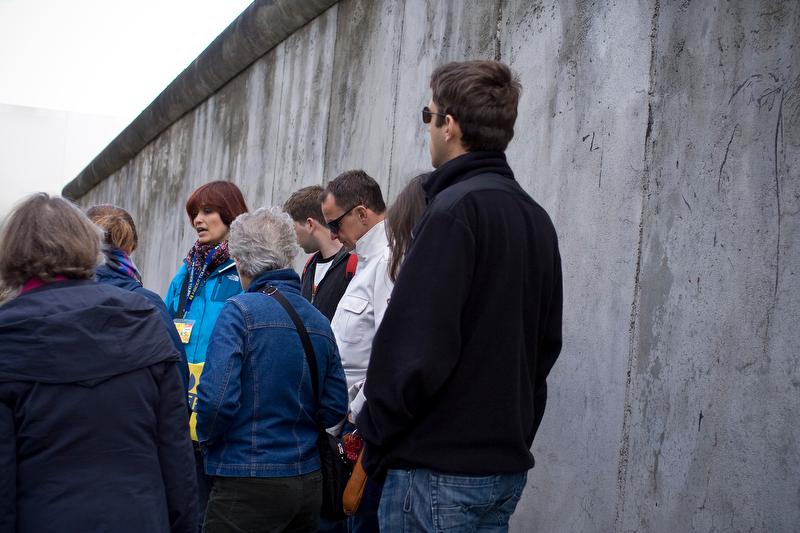 outside Friedrichstr. train station, on the square beside the 'Traenenpalast' (Palace of Tears), Reichstagufer 17, 10117 Berlin